What are single axis solar trackers?

Single axis trackers are a technology that adjusts the position of a solar panel along an axis to follow the sun’s changing position throughout the passing days and years.The panel is adjusted to create the smallest angle of incidence (angle at which the sun hits a solar panel). The trackers tilt on a singular axis to follow the sun from east to west as it moves throughout the course of each day in order to maximize energy production.

Trackers can be either active or passive in nature. Active trackers use gears and motors to move solar panels while passive trackers utilized compressed fluid that switches sides when warmed by the sun causing them to change their tilt. In addition, trackers can be kept aligned by either concluding an ideal panel angle based on GPS data or more simply moving the panels in the opposite direction of the earth’s rotation.

When considering adding a single axis tracker to your solar project, there are a few important factors to consider concerning the location of your project. Single axis solar trackers thrive in ground-mounted (as opposed to roof-mounted) solar projects on flat land. The weather in your area is also a factor that must be considered as generally warm and dry locations are ideal for single axis trackers as snow and rain can create problems with the technology.

The three main benefits of single axis solar trackers being increased energy production, cost-effectiveness and sustainability are outlined below.

Single axis tracker technology increase energy production by up to a third compared to a fixed solar system. This allows for more efficient use of the land the project inhabits, as the project can produce more power in a more confined space.

Implementing single axis trackers with your next solar project can have some financial benefits that offset the added cost of the trackers. If the trackers are installed in an environment with ideal conditions, they will add value to the solar system, boosting energy production and making up for these initial costs. Additionally the boost in system production allows project owners to put energy back into the local grid, which can lead to dividends known as Solar Renewable Energy Credits (SRECs).

As with any renewable energy project, installing single axis trackers with your next solar project will increase your company’s sustainability and decrease its carbon footprint. With the addition of single axis trackers to your solar project, the system will be able to maximize power generation. This will decrease your company’s reliance on the local grid therefore increasing reliance on renewable energy as an alternative source for electricity generation. Demonstrating a commitment to renewable energy will attract likeminded individuals to your company whether in the form of potential employees or customers.

If you are interested in including single axis solar trackers in your next renewable energy project EnergyLink’s team of experts has the knowledge and capability to walk you through every step of the way. EnergyLink team members are experts in the design, build, and funding stages of renewable energy projects and will ensure that your next renewable energy endeavor is tailored to your facilities unique needs. To get started on a commercial solar project with single axis trackers click the link below for a free quote. If you would like to speak with an EnergyLink team member, dial (866) 218-0380. 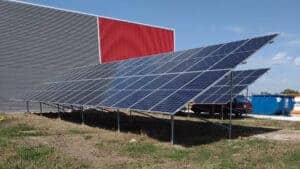 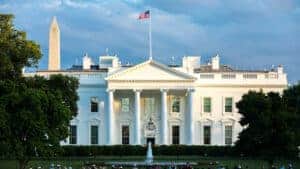 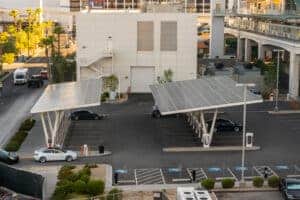