Carbon emissions are becoming more and more prevalent in future company goals due to corporate sustainability. Experts have stated that inaction could cause drastic hunger levels, mass migration due to flooding and many other worrying socio-economic impacts. Sustainability has come to the forefront for the mission and purpose of many companies due to the impact it can have on the surrounding environment.

The environmental impact of companies are starting to be scrutinized across the board, which means focus is shifting to reducing carbon footprint. Many businesses are concentrating on monitoring carbon emissions by defining which emission scope they fall in to. Below we break down the different scopes and how they help businesses achieve a carbon neutral status.

The Impact of Carbon Emissions

Carbon emissions have become an important topic because they have such an impact on the environment and businesses have such varying contributions. Many companies are focusing on addressing their carbon footprint, for example, Apple has committed to making it’s supply chain carbon neutral by 2030.

Transform Net Zero has also recently emerged as an initiative created by nine large U.S companies (including Nike, Microsoft & Starbucks), which intends to accelerate the transition to a net-zero carbon economy.

Although businesses are responsible for reporting and monitoring their emissions, they must also identify which of the three scopes their carbon footprint falls under.

According to Plan A, the leading GHG Protocol corporate standard, classifies a company’s greenhouse gas emissions into three scopes. While scope 1 and 2 are mandatory to report, scope 3 is much harder to monitor and is classified as voluntary to report. Companies that successfully report in all three scopes are more likely to gain a sustainable competitive advantage.

Scope 1 emissions comprise of direct emissions that are company-owned and controlled resources. These type of emissions are directly released into the atmosphere as a product of set activities. The activities are divided into four categories:

Scope 2 emissions are indirect emissions caused by the utility providers who generate purchased energy. All GHG emissions released in the atmosphere from the consumption of purchased electricity, steam, heat and cooling are considered scope 2.

Any electricity consumed by the end-user is considered Scope 2, whereas scope 3 covers energy used by utilities during transmission and distribution (T&D losses).

Downstream activities have fewer categories than upstream but are far more concentrated:

According to Plan A:

Leased assets correspond to leased assets by the reporting organisation (upstream) and assets to other organisations (downstream). The calculation method is complex and shall be reported in scope 1 or 2, depending on the nature of the leased asset.

Used of sold products is included, concerning “in-use” products that are sold to the consumers. It measures the emissions resulting from product usage, even if it varies considerably. For example, the use of an iPhone will take many years to equal the emissions emitted during production.

At the same time, “end of life treatment” corresponds to products sold to consumers, and is reported similarly as “waste generated during operations”. Companies must assess how their products are disposed of, which can be difficult as it usually depends on the consumer. This encourages firms to design recyclable products that limit landfill disposal.

The Importance Of All 3 Scopes

Carbon emissions typically represent the biggest GHG impact along the value chain. Companies have historically failed to improve their corporate sustainability. Only now is it becoming important to companies, to analyze all three scopes. Here at EnergyLink, we believe in the triple bottom line, which factors in corporate sustainability, people and the planet.

The importance of identifying where your company falls within the three scopes is that it helps to reach carbon neutrality and have a more responsible impact on the environment. 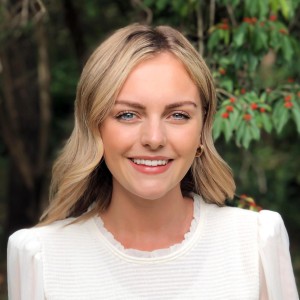